As a world innovator in energy stockpiling, we're not just catching energy from the wind and sun, we're putting away it.

After installation, you might notice a dip in your electricity bills. The advantage of having a solar power plant at home is that you can save on monthly electricity costs.

At RuvicPower, the best solar energy company in India, we assure you of high-quality work.

At RuvicPower, solar panel efficiency is just one of several important factors that are efficiently delivered. 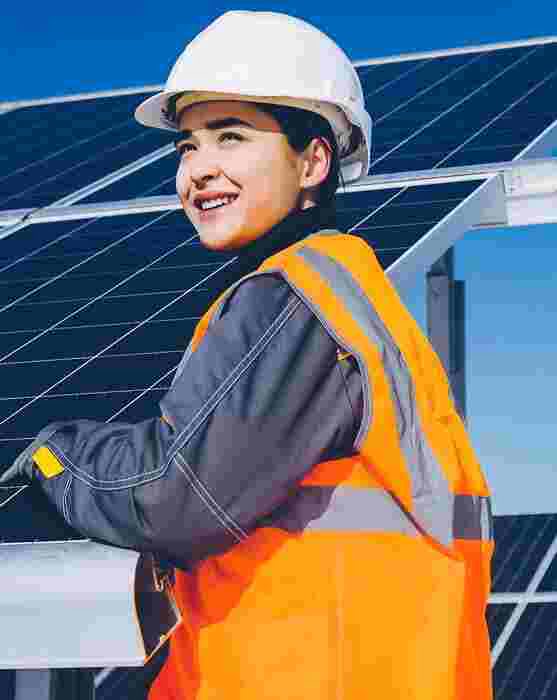 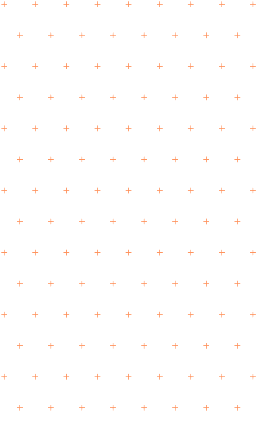 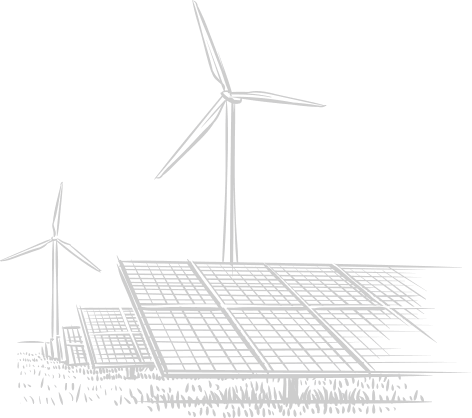 Ruvic Power LLP is a system integrator and Solar Energy EPC Company. Solar Power is the most preferred, reliable, and efficient mode of harnessing renewable energy as India has immense solar potential in the form of more than 300 days in a year for converting into electric power.

We are backed by a team of experienced professionals that is proficient in their respective fields and strive to understand & fulfill the exact needs of our clients. We are the preferred choice of our customers for offering outstanding product assortment and flexible services. It is because of the consistent efforts and undivided dedication that we have garnered a large number of customers in the industry.

Read More
#Why Choose Us

Few Reasons to Choose Us 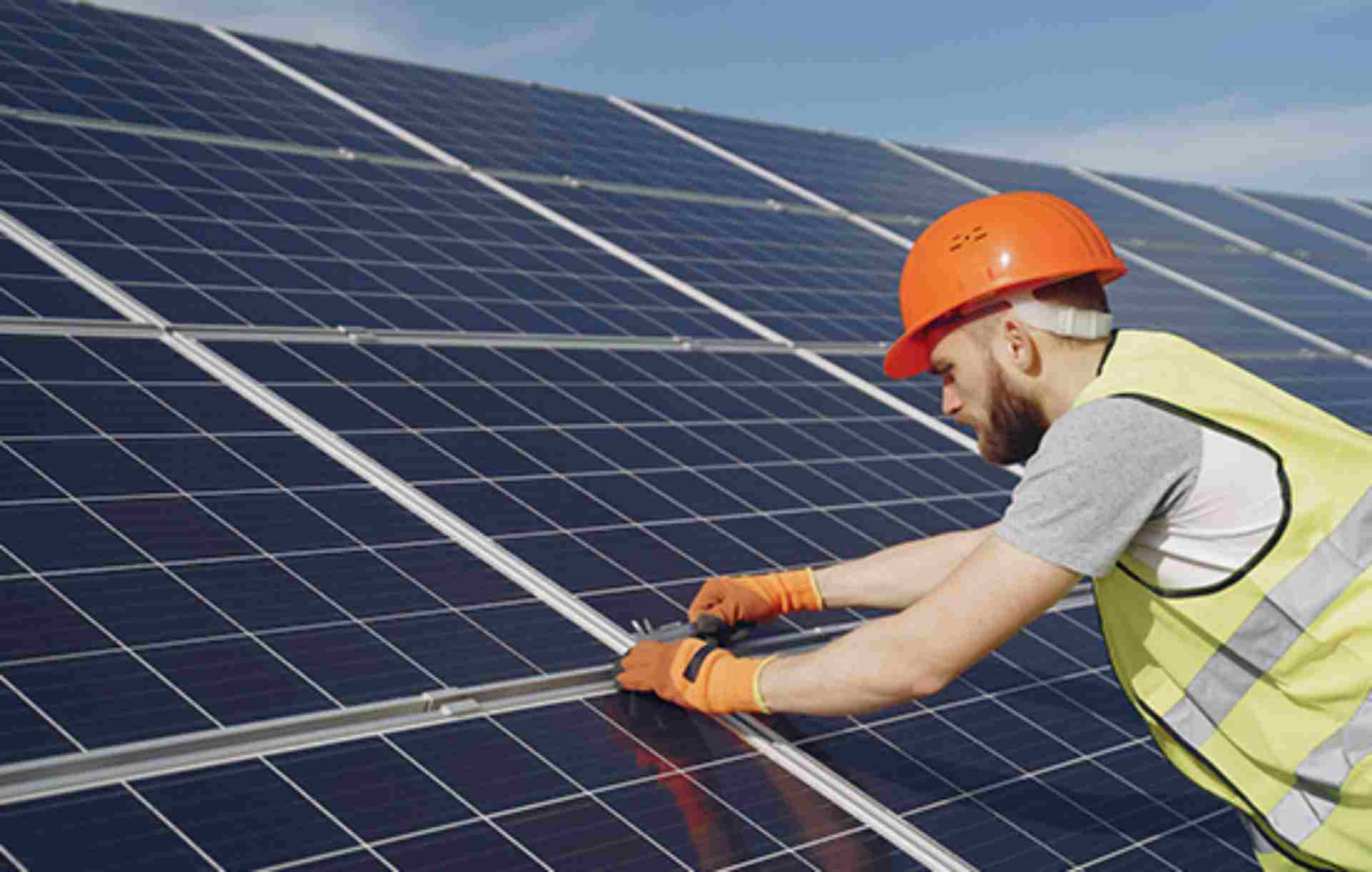 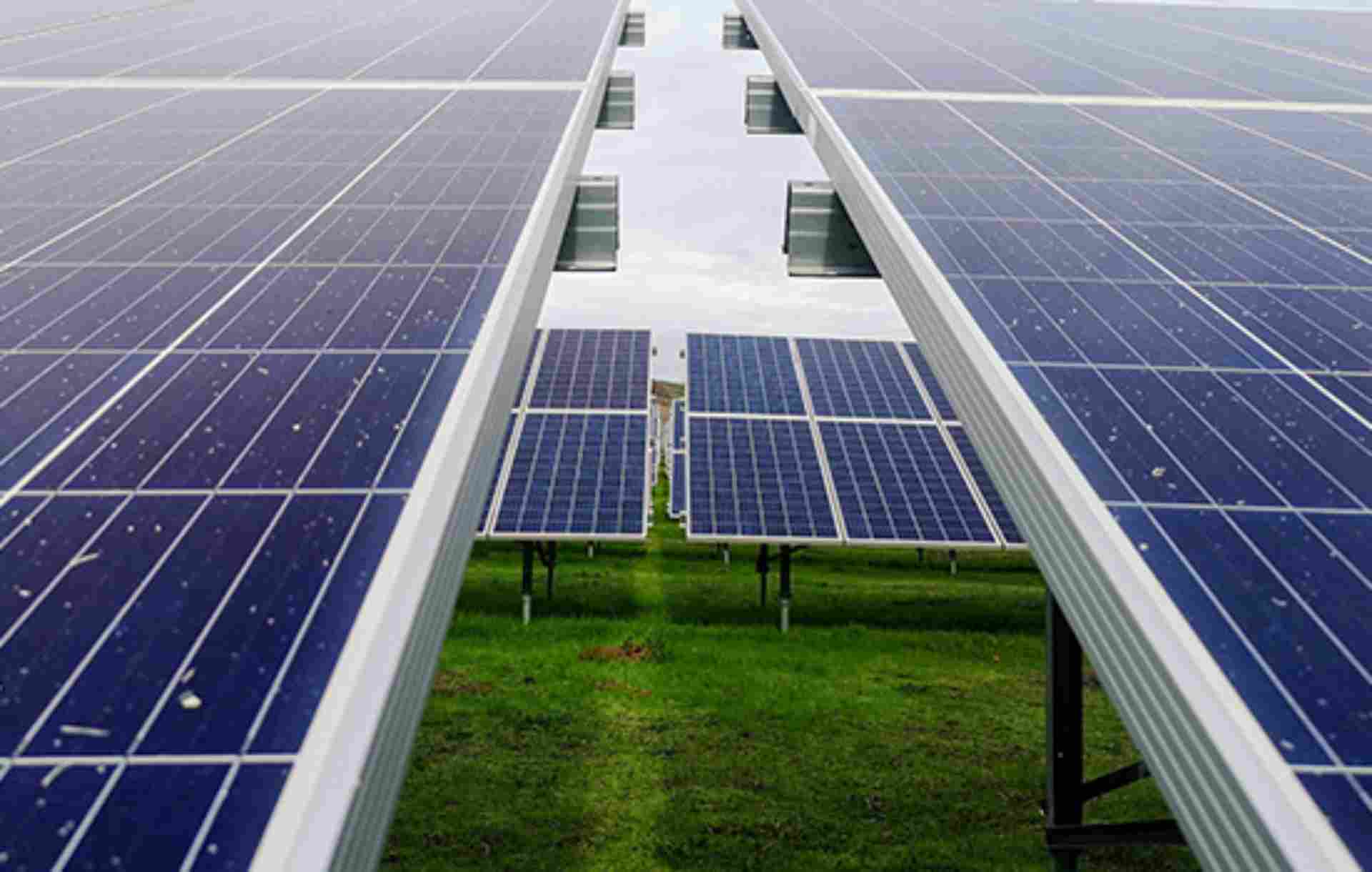 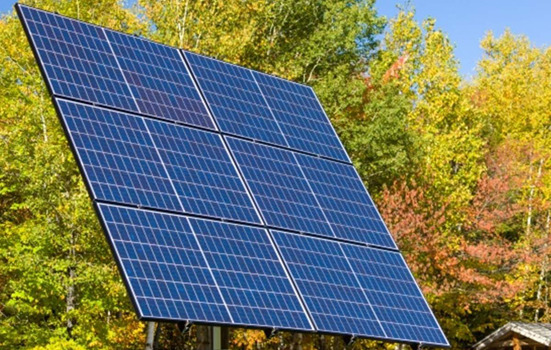 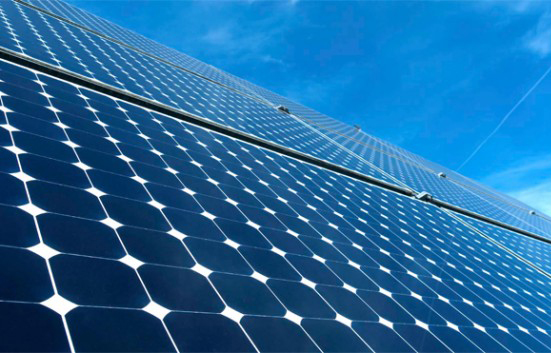 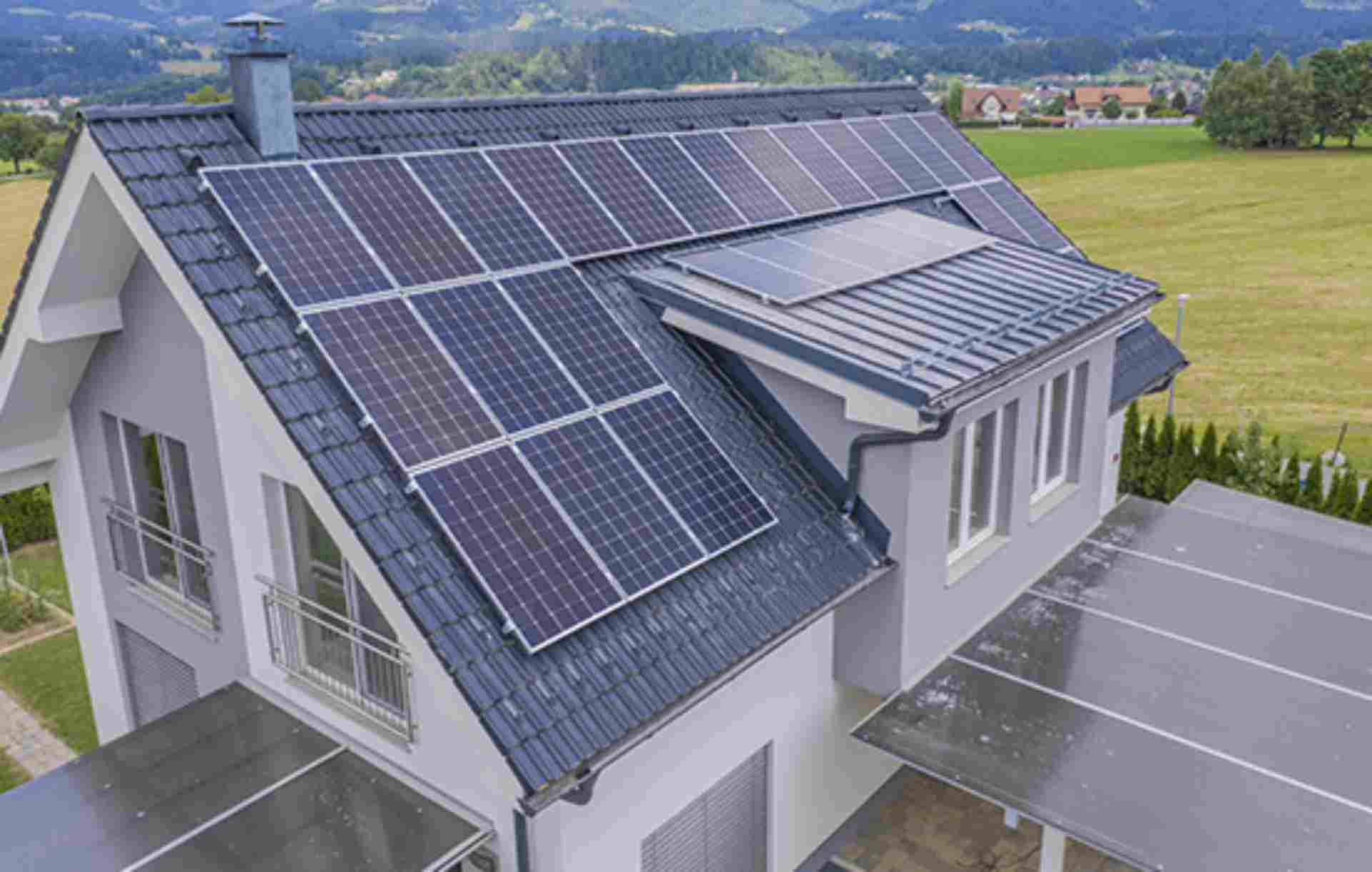 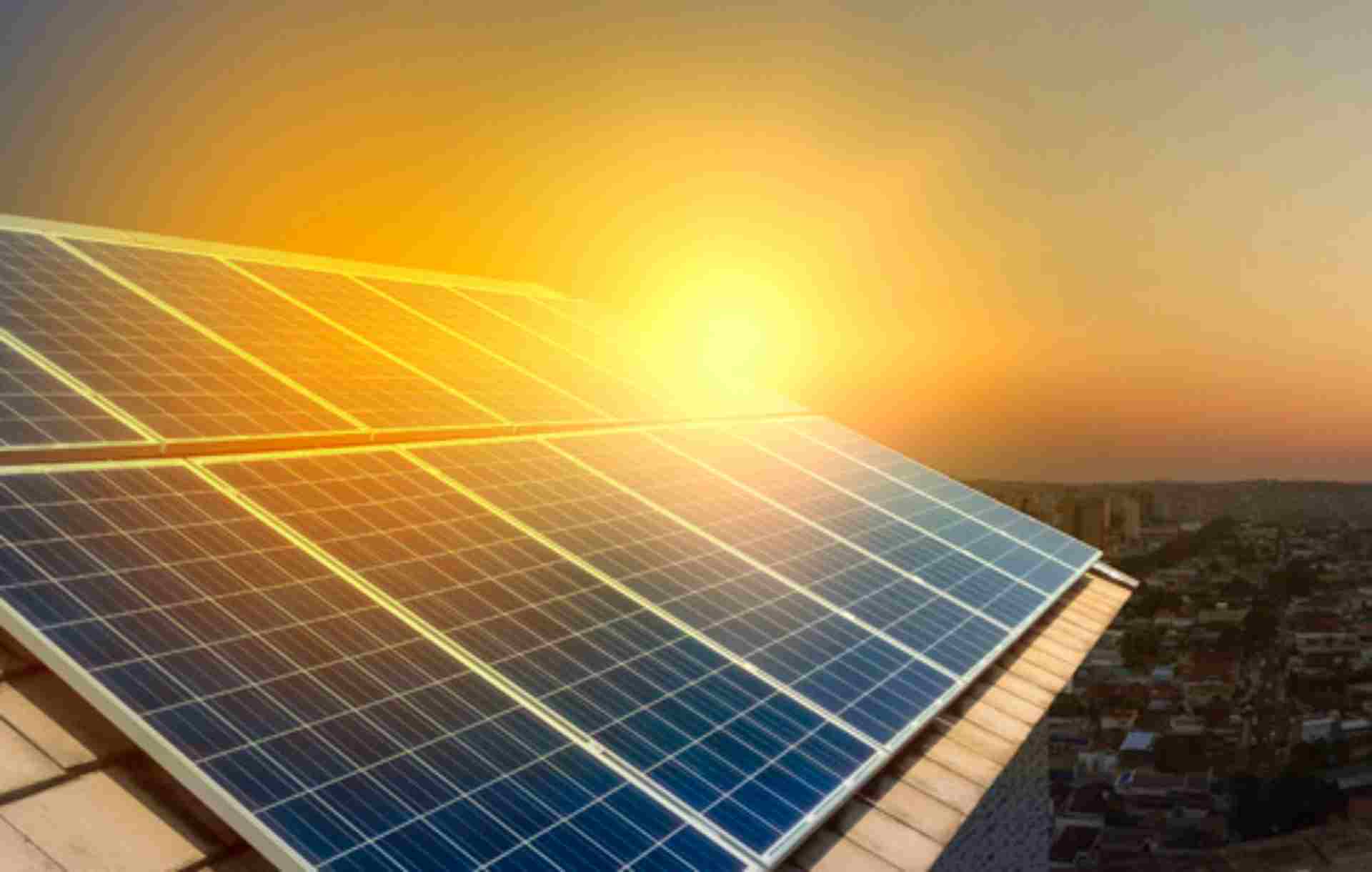 Best Solution for Your Home Service

Our Mission is to create and integrate competitive solar energy technology to delight our consumers by bringing best in class, optimal, end to end solar energy solutions. We are committed to clean energy and it is our endeavor to assist people to switch over the clean energy. 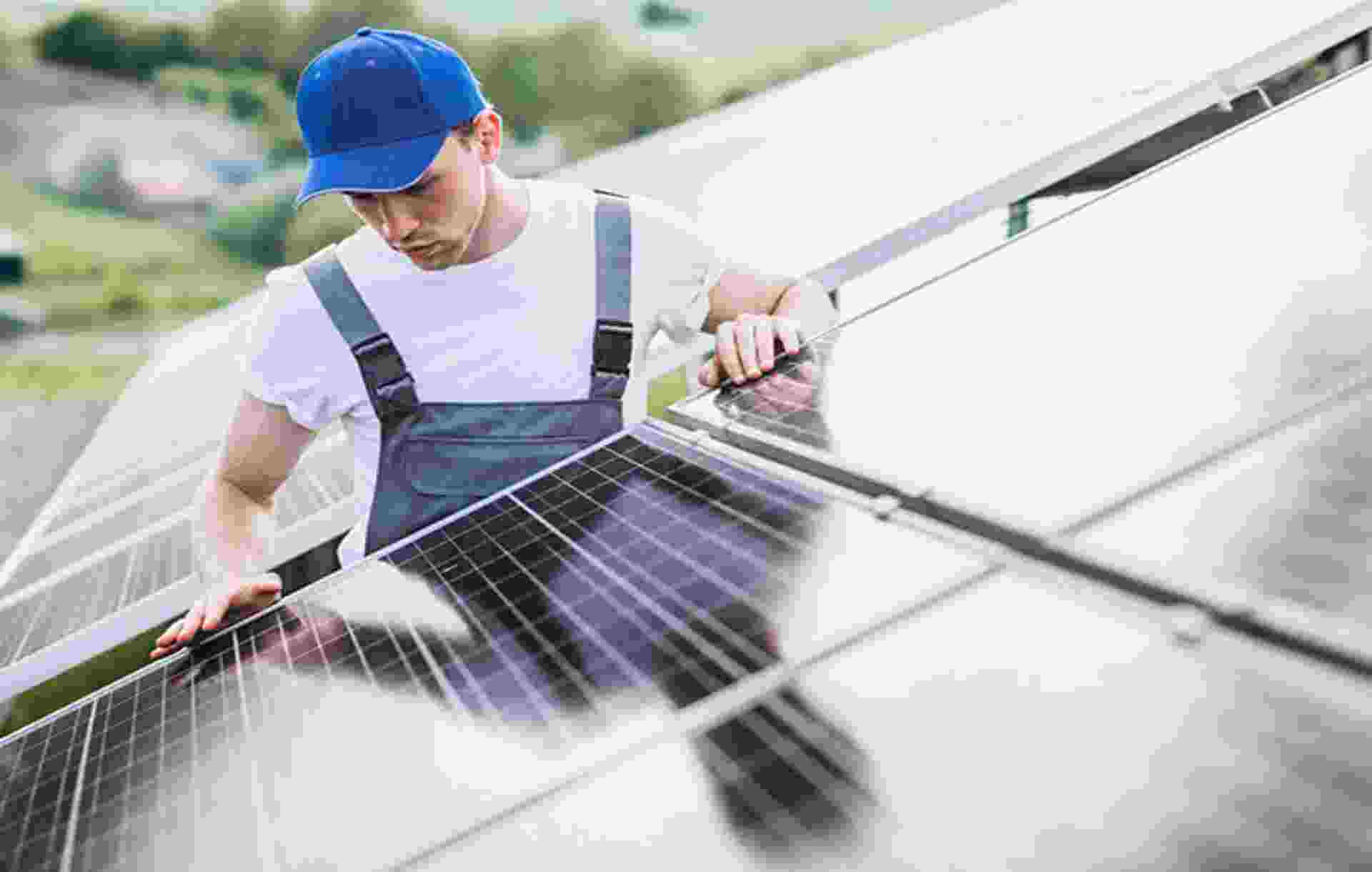 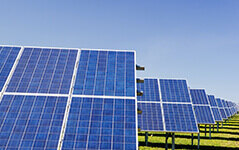 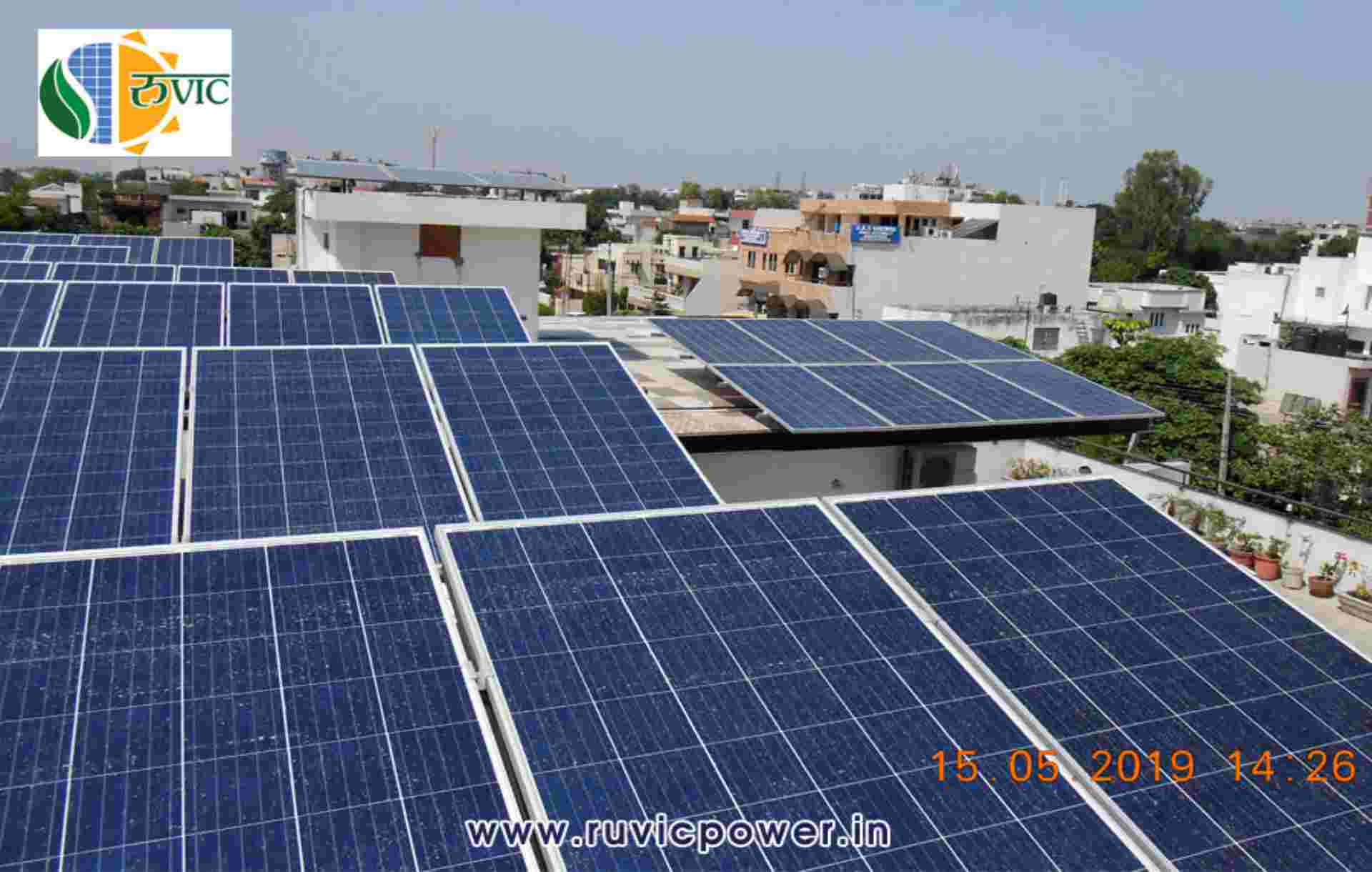 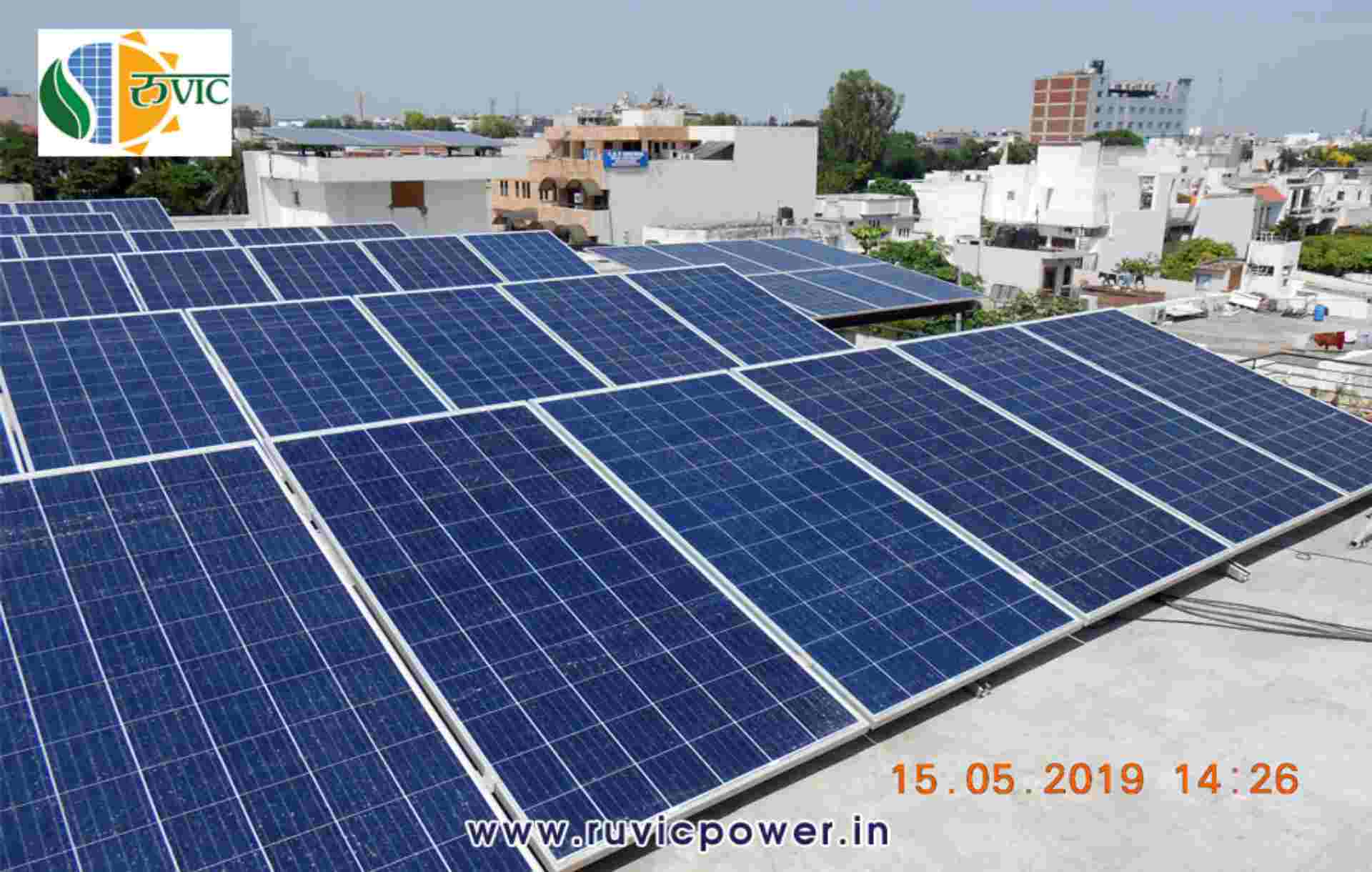 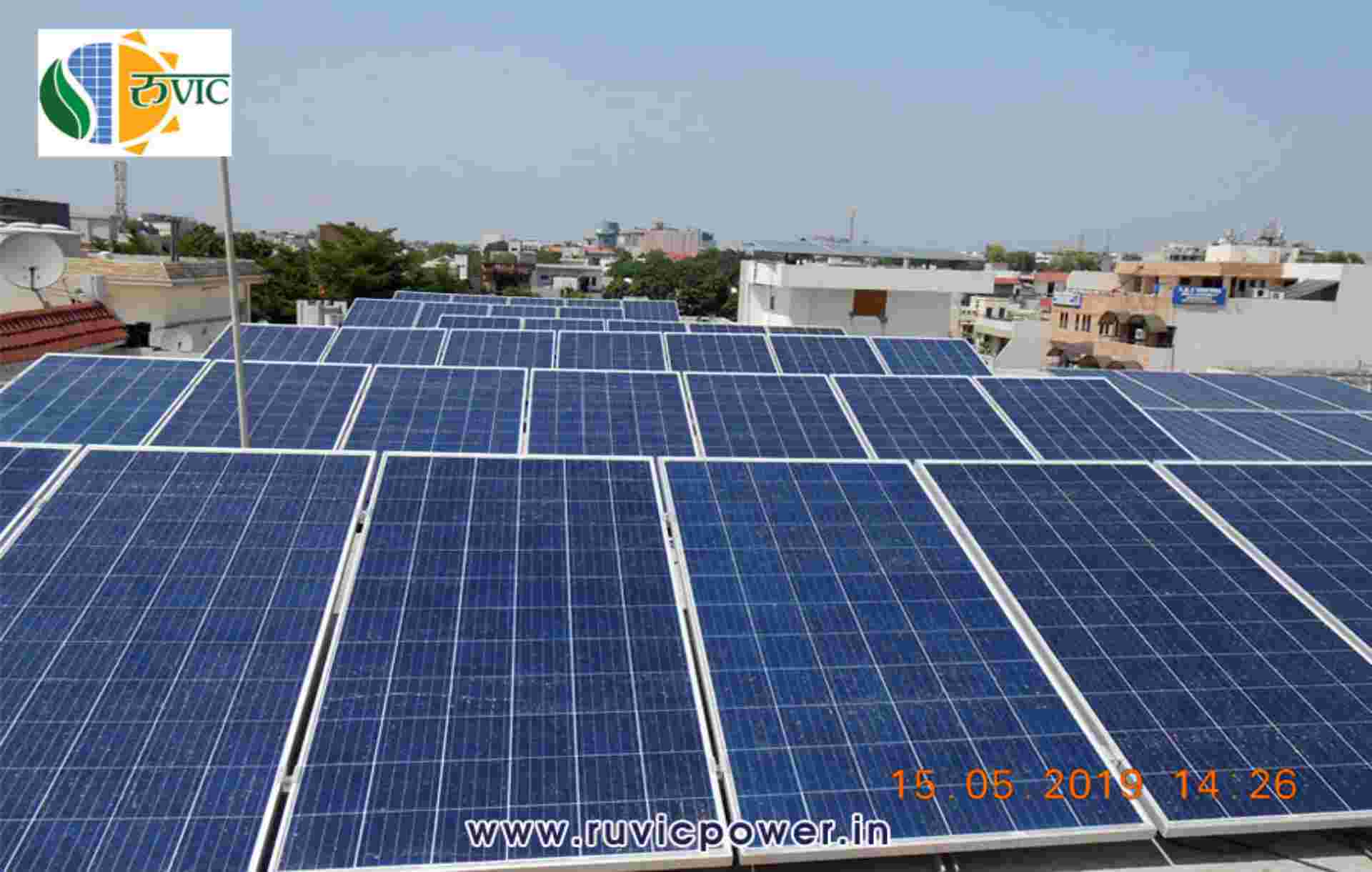 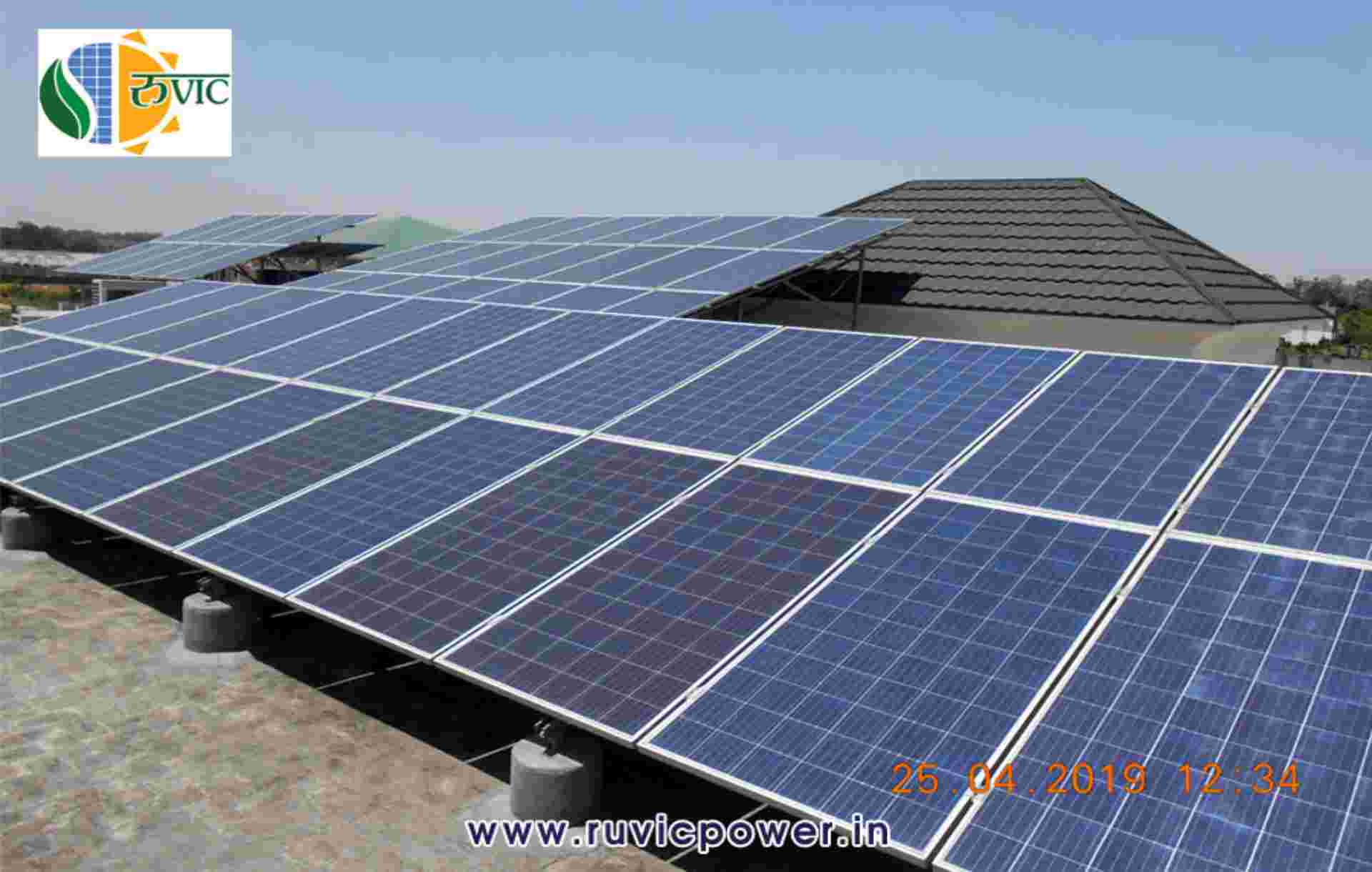 What is Solar Energy?

Solar energy can generate heat, chemical reactions, or electricity. It is a significant source of renewable energy. Its technologies are classified as passive or active solar depending on how they capture and distribute solar energy or convert it to solar power. Photovoltaic systems concentrate solar power, and solar water heating is an example of active solar techniques used to capture energy. Orienting a building to the Sun, selecting materials with favorable thermal mass or light-dispersing properties, and designing spaces that naturally circulate air are examples of passive solar techniques.

Renewable Energy Source- Among the many advantages of solar panels, the most important is that solar energy is a truly renewable energy source. It can be used in any part of the world, and it is available 24 hours a day. In addition, unlike some other energy sources, solar energy cannot be deleted.

According to scientists, solar energy will be available for as long as the Sun exists, so we will have access to it for at least 5 billion years after the Sun dies.

Versatile Installation- Because of its ease and simplicity, it can be installed almost anywhere, taking advantage of vertical and horizontal spaces with no particular purpose. This feature, combined with the system's modularity and flexibility, makes it easier to install small-scale solar projects, with the added benefit of being able to scale up depending on the needs at any given time.

The most intriguing advantage, however, is the ability to provide electricity in remote areas where the cost of installing electrical distribution lines is prohibitively expensive or impossible.

Technology Development- The solar power industry's technology is constantly improving, and this trend will continue in the future. Quantum physics and nanotechnology advancements can improve solar panel efficiency and double, if not triple, solar power system electrical input.

Ruvic Power LLP is a solar energy system integrator and one of the best Solar Energy Companies in India. It aims to bring top-notch, most satisfactory, end-to-end solar energy solutions to glee users by creating and incorporating competitive solar energy technology. Ruvic Strength provides a diverse selection of solar products and accessories, including Solar panels that are the best in their class. Get virtual consultations from top experts to help you with your project. Then, choose the solar solution that best fits your needs and requirements. When you've finished, the solar solution is customized to your specifications based on the design you choose. Ruvic Power's solar energy solutions are less expensive than other options and are known for their attractive and appealing appearance.

We are one of the best solar companies in India and have a team of experienced professionals who are experts in their fields and work hard to understand and meet the specific needs of our clients. As a result, our customers prefer us because we have a wide range of products and flexible services. We have many customers in the industry as a result of our consistent efforts and undivided dedication.

Systems that are "on-grid" or "grid-connected" are connected to the utility grid via a special inverter. Depending on the size and capacity of the system, it could be mounted on the roof or installed in the field.

Compared to off-grid solar energy, on-grid solar energy is the most affordable by far. You can save money by generating your electricity and, in some cases, even make money by running the meter backward (net metering). For example, when all of your appliances are turned off during the day, you can usually achieve net metering. This extra power, known as net metering, is sold to the utility company through a program that you must sign in to.

Solar panels absorb the sun's rays and convert the energy into electricity or heat.

Solar panels are made up of solar (or photovoltaic) cells that use the photovoltaic effect to generate electricity. On the surface of solar panels, these cells are arranged in a grid-like pattern.

Solar installation in homes helps in the reduction of harmful greenhouse gas emissions and thus global warming. Solar panels are environmentally friendly and do not pollute the environment. They also help us to become less reliant on finite fossil fuels and traditional power sources. When users think of solar solutions, they think of Ruvic Power.


Reduce the cost of your energy bill

A solar inverter converts direct current (DC) from solar panels into alternating current (AC) used by household and commercial appliances. It is one of the most important components of a solar power system because it converts solar energy into more useful energy. Solar inverters are essential components of a solar system because solar energy cannot be used directly to electrical power appliances. Solar inverters have evolved from simple boxes that convert DC to AC to much smarter and intelligent units that perform other functions such as data monitoring, advanced utility controls, and so on.

You can select a Solar Inverter based on the required load and available space for a Complete Solar System. The following solar models are described here to help you understand how they work and to help you choose or invert a solar inverter.

There are three basic models. Inverters are broadly divided into three categories:

Clean Source of Energy- While one reason for switching from fossil fuels to solar is that fossil fuels are finite and will run out eventually, a more compelling reason is that, unlike fossil fuels, solar energy is a pollution-free and environmentally friendly source of energy. It aids in the reduction of carbon footprints, which is urgently required. This is reflected in how governments worldwide have encouraged the use of renewable energy sources.

Solar mounting structures and accessories are required for a solar PV system to function properly. They provide the mechanical support required to withstand solar panels at even the most severe tilts, and they can even affect the system's overall temperature. Roof mounting may necessitate structural changes to your home, which could result in higher upfront costs. The following are the expected advantages of solar mounting structure and accessories:

Solar cables are designed to withstand the sun and the elements. They can be used in a wide range of temperatures. National and local electrical codes that regulate electrical installations in a location specify specific performance requirements for material wiring a solar panel installation. The following are some of the benefits of solar power cables and wires:

Ruvic Power LLP is one of the leading suppliers of renewable energy products in india and offer a wide range of solar products.